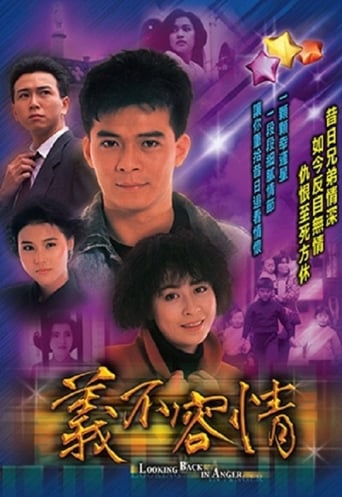 Looking back in anger is a film released on 1989 and directed by with the duration of 0 minutes in languages Cn with a budget of and with an IMDB score of 10.0 and with the actors Deric Wan Kathy Chow Maggie Siu . Looking Back in Anger was a 1989 Hong Kong TV series and one of the most watched TVB series by Chinese people in Hong Kong and around the world. Many factors contributed to the success of this series. As well as its tragic but memorable storyline, this series featured a strong cast, with Felix Wong, Deric Wan, Carina Lau, Kathy Chow Hoi-Mei and Maggie Shiu. The popular theme song of the series "Yat sang ho kau" was sung by Danny Chan and later by Deric Wan himself.