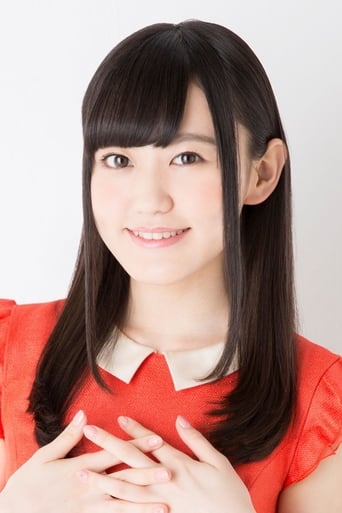 a Japanese female voice actor . Born in Sendai City, Miyagi Prefecture, Chiba Prefecture. Height 164cm, blood type O type. It belongs to 81 produce. Avex x 81produce “ Wake Up, Girls! AUDITION” 2nd Anison Vocal Audition held in 2012 . In the audition, she sang “ Lost my music ”. Debuted as a role in Miyu Okamoto in theatrical animation “ Wake Up, Girls! Seven Idols ” released on January 10, 2014 and the TV animation “ Wake Up, Girls! ” Note. Also active as voice actor unit “ Wake Up, Girls! ”. One of the characters appearing in the PV and application of the news app " Hacka Doll " that started distribution in 2014, it was also selected for Hacka Doll No. 1 and started broadcasting on October 2, 2015 He also appeared in “ Hacka Doll THE Animation ”. Also, Takagi Okano, who is also a member of Wake Up, Girls !, as well as Takagi, and Natsuki Yamashita, who is the role of Hackadoll 3, are now on stage as a unit called Hackadoll. In 2015, he won the 9th Voice Actor Award Special Award as Wake Up, Girls! He was appointed as the first PR ambassador for the hill town festival held every year in Iida City , Nagano , Japan on November 2, animation CM and characters for the event Introductory PV is also responsible for the voice of Namiki-chan, the mascot character of the event.