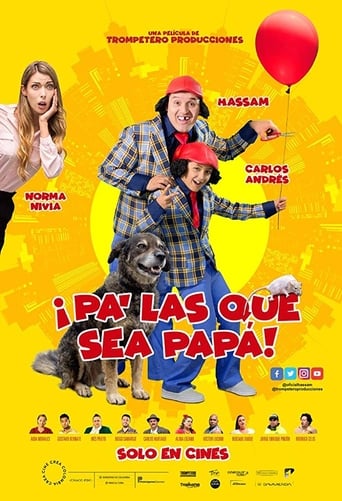 Pa' las que sea papá is a film released on 2018 and directed by Harold Trompetero, with the duration of 90 minutes in languages Español with a budget of and with an IMDB score of 0.0 and with the actors Gerly Hassam Norma Nivia Aida Morales . MATIAS, a 10-year-old boy, escapes from his home in a tantrum and ends up getting on a bus to any place, until he is found by ROGELIO, a 40-year-old man who works as a restaurant clown.