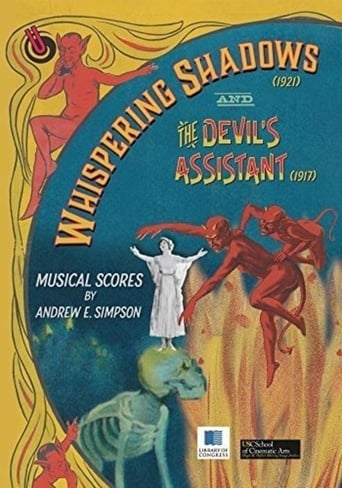 Whispering Shadows is a film released on 1921 and directed by Emile Chautard, with the duration of 68 minutes in languages en with a budget of and with an IMDB score of 0.0 and with the actors Philip Merivale Robert Barrat Lucy Cotton . Just before his sudden death, a businessman accuses his son-in-law of embezzlement. His daughter is convinced of her fiancée's innocence and tries to clear his name and unmask the real villain and is aided by secret messages…from her dead father. Or are they?