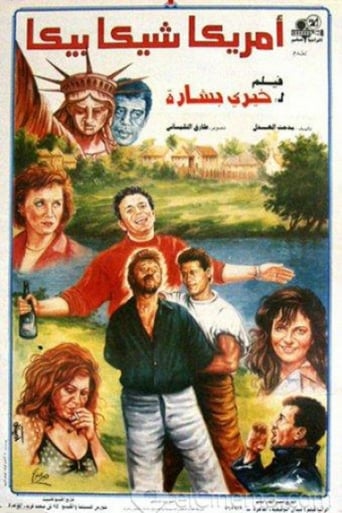 Amreeka Sheeka Beeka is a film released on 1993 and directed by Khairy Beshara, with the duration of 124 minutes in languages en with a budget of and with an IMDB score of 4.0 and with the actors Elshahat Mabrouk Mohamed Fouad Emad Rashad . A group of Egyptians planning to immigrate to the United States from the Romanian capital of Bucharest, with the help of the broker (Jaber Fawaz), But they quickly discover that Jaber Fawaz is only a quorum after they seized their money and left them on the Hungarian border, forcing them to transcend their differences aside and join forces to get through this ordeal