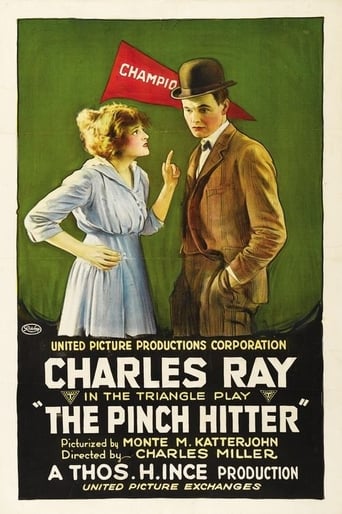 The Pinch Hitter is a film released on 1917 and directed by Victor Schertzinger, with the duration of 48 minutes in languages en with a budget of and with an IMDB score of 0.0 and with the actors Charles Ray Sylvia Breamer Joseph J. Dowling . Shy Joel Parker seems bound for nowhere, until Abbie Nettleton enters his life. With her prodding, Joel goes from timid nobody to a baseball star with bravura.