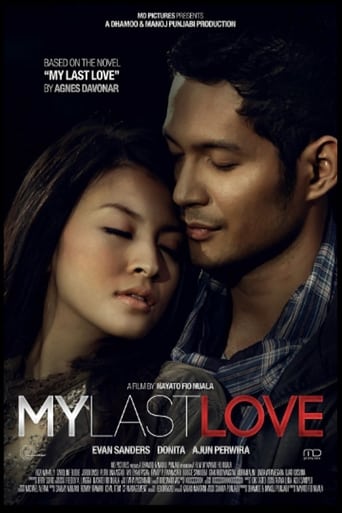 My Last Love is a film released on 2012 and directed by Nayato Fio Nuala, with the duration of 91 minutes in languages Bahasa indonesia with a budget of and with an IMDB score of 6.0 and with the actors Ajun Perwira Iranty Purnamasari Donita . Angel (Donita) believes that her true love is Hendra (Ajun Perwira). But a tragedy happens when she gets hit by a luxurious car driven by Martin (Evan Sanders). Instead of helping her, Martin runs away. Angel survives only to find the bitter reality that both her legs are amputated. Angel is further shocked by Hendra who disappears after learning about her condition.