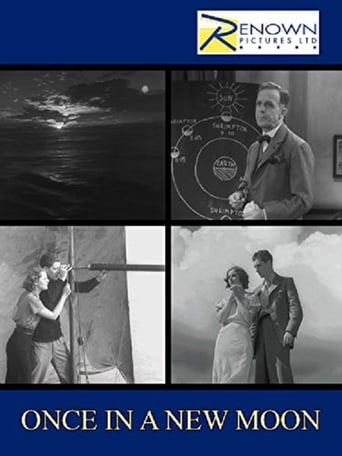 Once in a New Moon is a film released on 1935 and directed by Anthony Kimmins, with the duration of 63 minutes in languages English with a budget of and with an IMDB score of 7.0 and with the actors Eliot Makeham Derrick De Marney Morton Selten . When a small English town is dragged out into space by the force of a 'dead star' passing Earth, the populace try to organise a local government based on equal rights for all, but conflicts arise between the local aristocracy and the villagers.