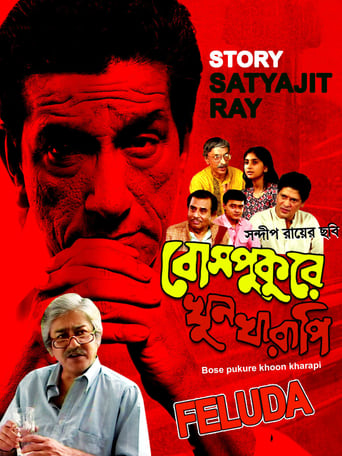 Bosepukure Khunkharapi is a film released on 1996 and directed by Sandip Ray, with the duration of 121 minutes in languages বাংলা with a budget of and with an IMDB score of 8.0 and with the actors Sabyasachi Chakraborty Ardhendu Banerjee Saswata Chatterjee . Bosepukure Khunkharapi is a TV movie of Feluda Series. This film is based on "Acharya Murder Case". Fedula and his assistant Topse solve the case.