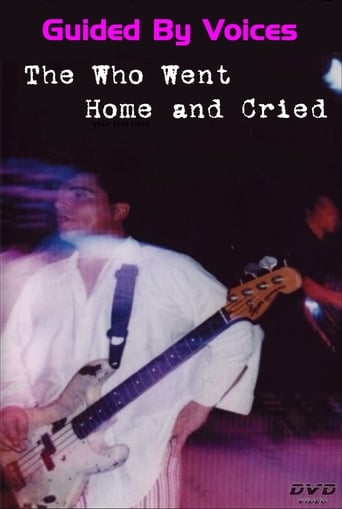 Guided By Voices: The Who Went Home and Cried is a film released on 2004 and directed by Matt Davis, with the duration of 60 minutes in languages English with a budget of and with an IMDB score of 0.0 and with the actors Robert Pollard Vic "Trader Vic" Blankenship Tobin Sprout . Video documentary of the last show of bass player Greg Demos. Includes footage of the band's practice session on Bob's front porch with Bob playing guitar.