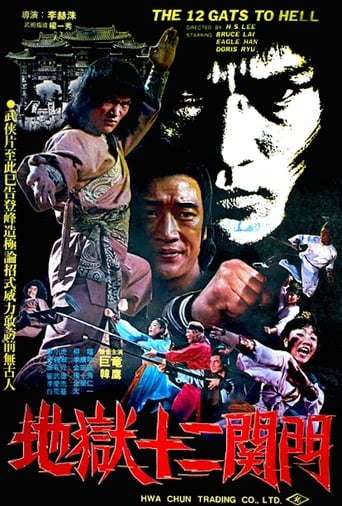 Twelve Gates of Hell is a film released on 1980 and directed by Lee Hyeok-su, with the duration of 80 minutes in languages 한국어/조선말 with a budget of and with an IMDB score of 0.0 and with the actors Ryong Geo Kim Min-jeong Kim Il-yeong . A famous action movie star suddenly dies and goes to hell. Realizing that this is a plot against him by demons and that he was sent there unjustly, he battles his way through the 12 gates of hell to be reincarnated. He is accompanied and aided by an odd collection of spirits including a moon girl who falls in love with him.