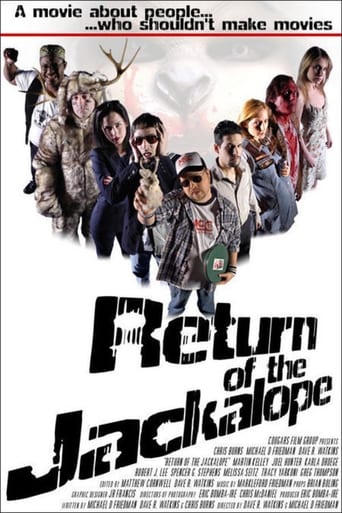 Return of the Jackalope is a film released on 2006 and directed by Michael D. Friedman, Dave R. Watkins, with the duration of minutes in languages English with a budget of and with an IMDB score of 0.0 and with the actors Thedra Porter Chris Burns Michael D. Friedman . Mockumentary about a producer who attempts to reunite the cast and crew of the horror B-movie, "Curse of the Jackalope," for a 10-year reunion screening.