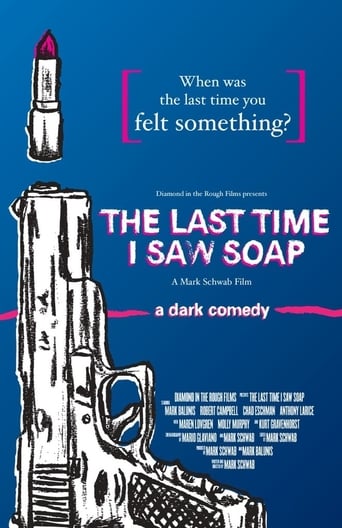 The Last Time I Saw Soap is a film released on 2011 and directed by Mark Schwab, with the duration of 81 minutes in languages en with a budget of $300 and with an IMDB score of 0.0 and with the actors Mark Balunis . "The Last Time I Saw Soap" was inspired by the hard-edged character films of John Cassavetes. The story centers on four friends as they return from the funeral of another friend who has died suddenly from a brain trauma. Throughout the day and evening, we observe these four different types as they desperately attempt to "live it up" in honor of their dead friend. However it soon becomes obvious that these people have been so numbed by virtual technology and social media that they have forgotten how to interact on a regular human level. The evening soon unravels into drunkeness, anger, and sexual hang-ups involving some ill-hired prostitutes. https://vimeo.com/121909948