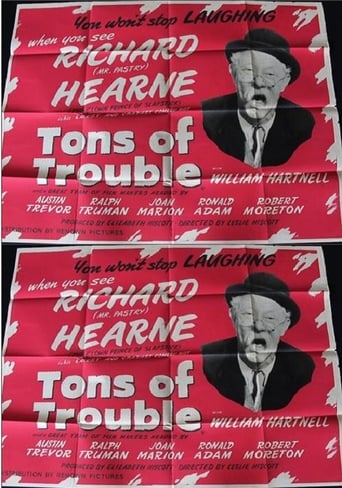 Tons of Trouble is a film released on 1956 and directed by Leslie S. Hiscott, with the duration of 77 minutes in languages en with a budget of and with an IMDB score of 3.5 and with the actors Richard Hearne William Hartnell Austin Trevor . An apartment handyman (Richard Hearne) is unusually attached to a pair of boilers he names "Mavis" and "Ethel."