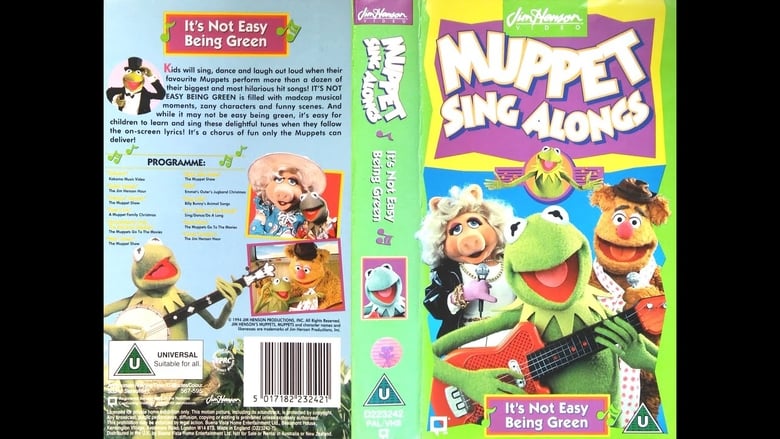 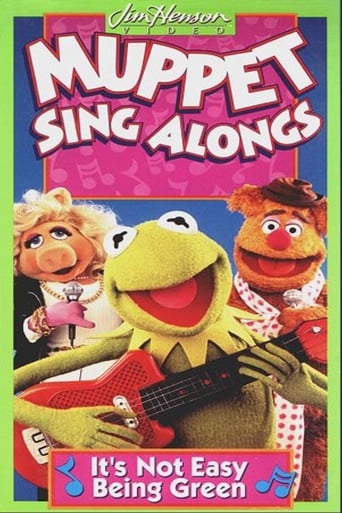 Muppet Sing Alongs: It's Not Easy Being Green is a film released on 1994 and directed by with the duration of 30 minutes in languages English with a budget of $1,000,000 and with an IMDB score of 0.0 and with the actors Bill Barretta Fran Brill Kevin Clash . Muppet Sing-Alongs: It's Not Easy Being Green was released direct to video in 1994. A collection of Muppet songs is put together in this fun Karaoke video. Kermit hosts this video, where he presents a variety of songs, with appearances by Clifford, Billy Bunny, Otto, and a fish. Songs - "Kokomo", "Splish Splash", "Octopus' Garden", "Pass It On", "Movin' Right Along", "Over the Rainbow" medley, "Bein' Green", "Eight Little Notes", "Bar-B-Que", "Frog Talk", "In a Cabin In the Woods", "Heat Wave" and "Sweet Vacation" *The songs "Eight Little Notes" and "Bar-B-Que" both feature matted walk-on appearances by characters who weren't in the original sequences (Kermit in "Eight Little Notes" and Billy Bunny in "Bar-B-Que"), while the middle of "Sweet Vacation" is replaced with new footage of Kermit closing the show.