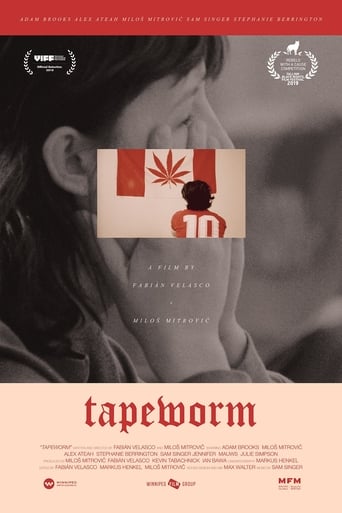 Tapeworm is a film released on 2019 and directed by Milos Mitrovic, Fabian Velasco, with the duration of 78 minutes in languages English with a budget of $30,000 and with an IMDB score of 0.0 and with the actors Stephanie Berrington Milos Mitrovic Adam Brooks . A tenuously connected group of nobodies trudge through their dreary Winnipeg existence. A sickly man in an unhappy marriage, a stand-up comedian whose sets are received with indifference, a stoner couple who share only trivial exchanges, and a young loner are each living lives lost in translation, detached from their surroundings and the people around them. Transcending miserablism, everyday mishaps become resounding tragedies in Fabián Velasco and Miloš Mitrovič’s uncomfortably unironic anti-comedy.