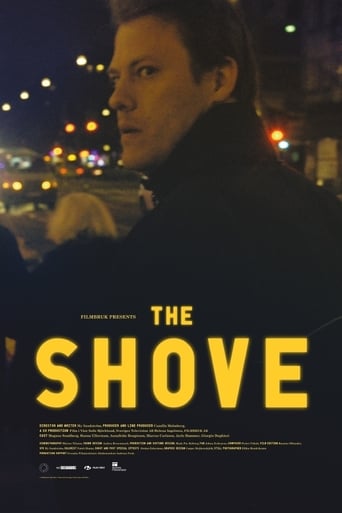 The Shove is a film released on 2014 and directed by My Sandström, with the duration of 15 minutes in languages en with a budget of and with an IMDB score of 0.0 and with the actors Hanna Ullerstam Magnus Sundberg Marcus Carlsson . Tobias who works as a bouncer. One night he accidentally shoves a drunken guest. He is sentenced to be shoved in return, but he is not told when it is supposed to happen. It is about the feeling of living with uncertainty. How tormenting it can be to go around waiting for something you know is going to happen to you. But you don't know when or how. Through its Kafkaesque story, we want to pose serious questions while simultaneously making you laugh.Our aim is to make films that strike a chord in people with their subtle humor as they waver between the real and the surreal.