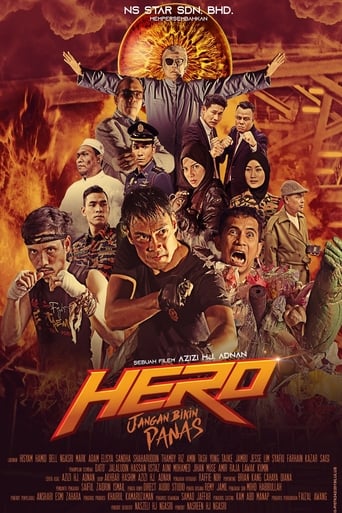 Hero: Jangan Bikin Panas is a film released on 2019 and directed by Azizi Chunk Adnan, with the duration of 98 minutes in languages Bahasa melayu with a budget of and with an IMDB score of 0.0 and with the actors Bell Ngasri Hisyam Hamid Mark Adam . Ever since the freak accident at his Tahfiz school years ago, Zafrul is determined to avenge those who perished in the tragedy. Now a firefighter, he teams up with newbies Ahmad Mustar and Adam Fanifinali, as well as Amylia and Suraya, to investigate an illegal land selling activity done by an international gang of criminals. They soon learn that the same gang is responsible for the fire at the Tahfiz all those years ago.