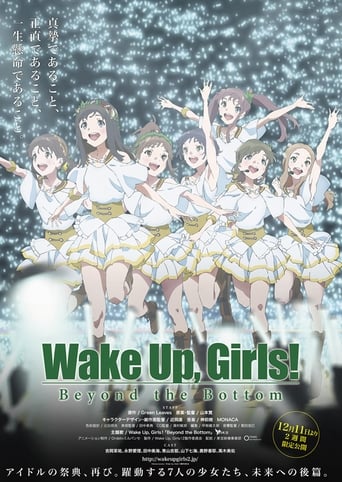 Wake Up, Girls! Beyond the Bottom is a film released on 2015 and directed by Yutaka Yamamoto, with the duration of minutes in languages 日本語 with a budget of and with an IMDB score of 0.0 and with the actors Mayu Yoshioka Airi Eino Kaya Okuno . Second movie sequel of Wake Up, Girls!, directly follows The Shadow of Youth.