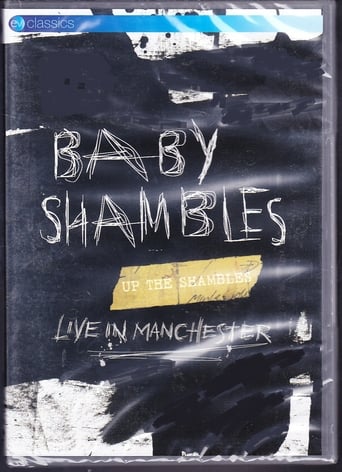 Babyshambles: Up The Shambles, Live in Manchester (2021)

Babyshambles: Up The Shambles, Live in Manchester is a film released on 2021 and directed by David Kay, with the duration of 89 minutes in languages en with a budget of and with an IMDB score of 0.0 and with the actors Peter Doherty . This 2004 concert from ex-Libertine Pete Doherty's band was filmed at the Ritz in Manchester and features tracks that would appear on their debut album 'Down With Albion', released a couple of months after this gig was filmed, along with singles, Libertines tracks and otherwise unreleased songs. Scottish singer/songwriter Dot Allison, formerly of One Dove, appears as guest vocalist on 'Mean You No Harm', 'Tearaway', 'Don't Look Back Into The Sun', 'Time For Heroes', 'Albion' and 'I Wanna Break Your Heart'.