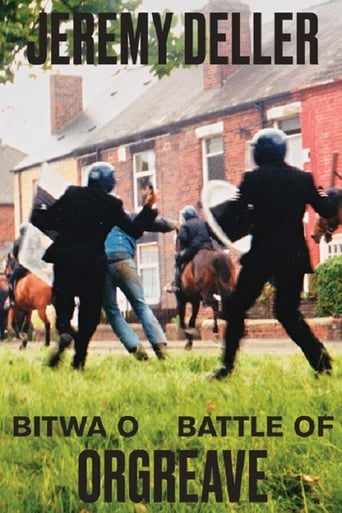 The Battle of Orgreave is a film released on 2002 and directed by Mike Figgis, with the duration of 60 minutes in languages en with a budget of and with an IMDB score of 0.0 and with the actors Jeremy Deller . Intercuts dramatic photographic stills from the clashes in 1984 with footage of the clashes re-enacted in 2001, together with moving and powerful testimonies, to tease out the complexities of this bitter struggle.