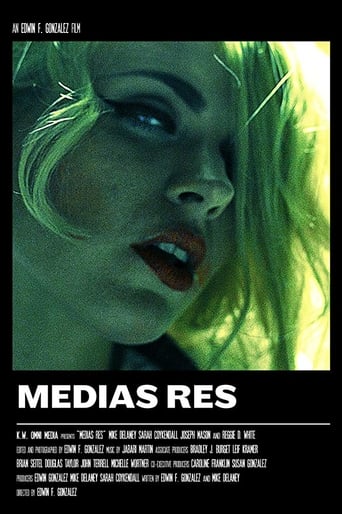 Medias Res is a film released on 2019 and directed by Edwin Fernando Gonzalez, with the duration of 95 minutes in languages English with a budget of $5 and with an IMDB score of 7.0 and with the actors Adrian Anchondo Mike Delaney Sarah Coykendall . Dave and Joe, just evicted from their Oakland apartment, turn to stealing cars and dealing Fluoride to make their financial ends meet. One night they find Summer Hayes, star of a popular 1990's teen soap, in the trunk of a stolen automobile. Shoot-outs, car chases, and overdoses ensue. In the Fluoride heightened world of "Medias Res", nothing is what it at first appears to be.