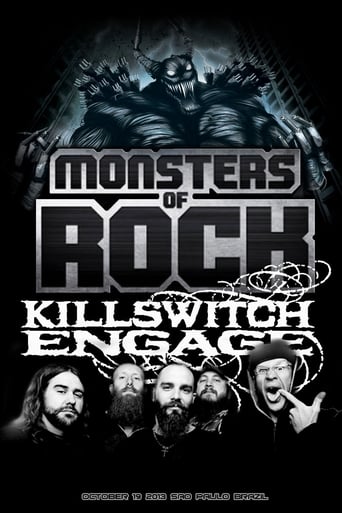 Killswitch Engage - Live at Monsters of Rock is a film released on 2013 and directed by with the duration of 60 minutes in languages English with a budget of and with an IMDB score of 0.0 and with the actors Justin Foley Jesse Leach Mike D'Antonio . Killswitch Engage play the 2013 Monsters of Rock festival in Brazil. Setlist: The New Awakening A Bid Farewell Fixation on the Darkness You Don't Bleed for Me Vide Infra A Tribute to the Fallen The Hell in Me Rose of Sharyn Reckoning No End in Sight My Last Serenade The End of Heartache My Curse In Due Time