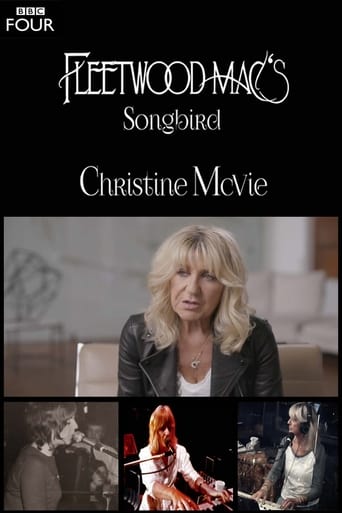 Fleetwood Mac's Songbird: Christine McVie is a film released on 2019 and directed by Matt O'Casey, with the duration of 88 minutes in languages English with a budget of and with an IMDB score of 0.0 and with the actors Christine McVie John McVie Stevie Nicks . Christine McVie is undoubtedly the longest-serving female band member of any of the enduring rock ‘n’ roll acts that emerged from the 1960s. While she has never fronted Fleetwood Mac, preferring to align herself with ‘the boys’ in the rhythm section whom she first joined 50 years ago, Christine is their most successful singer-songwriter. Her hits include ‘Over My Head’, ‘Don’t Stop’ and ‘Everywhere’. After massive global success in both the late 1970s and mid-1980s, Christine left the band in the late 1990s, quitting California and living in semi-retirement in Kent, only to rejoin the band in 2013. In this 90-minute film, this most English of singers finally gets to take centre-stage and tell both her story and the saga of Fleetwood Mac from her point of view.