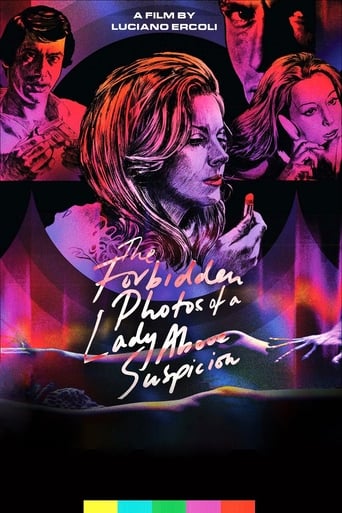 The Forbidden Photos of a Lady Above Suspicion (1970)

The Forbidden Photos of a Lady Above Suspicion is a film released on 1970 and directed by Luciano Ercoli, with the duration of 93 minutes in languages Italiano with a budget of and with an IMDB score of 6.9 and with the actors Dagmar Lassander Pier Paolo Capponi Simón Andreu . A repressed young wife's traumatic sexual assault triggers a depraved obsession with her attacker.