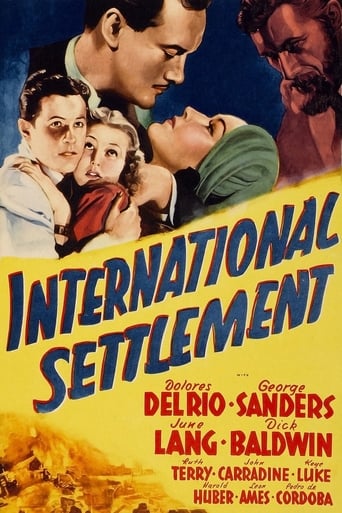 International Settlement is a film released on 1938 and directed by Eugene Forde, with the duration of 75 minutes in languages English with a budget of and with an IMDB score of 5.0 and with the actors Nora Cecil George Sanders John Carradine . In Shanghai amidst Sino-Japanese warfare an adventurer (Sanders) collecting money from gun suppliers falls in loves with a French singer (Del Rio).