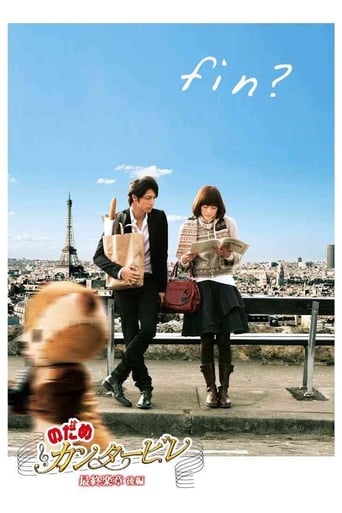 Nodame Cantabile: The Movie II is a film released on 2010 and directed by Hideki Takeuchi, Taisuke Kawamura, with the duration of 123 minutes in languages 日本語 with a budget of and with an IMDB score of 6.8 and with the actors Juri Ueno Eita Asami Mizukawa . Nodame and Chiaki mutually decide that it would be for the best if they parted ways for a while so Nodame can practice for an upcoming competition. However, when things don’t go her way, she gets impatient and depressed. While Nodame is away, Chiaki’s former pianist Rui Son returns to take her place. To make matters worse, Rui and Chiaki are set to play the song Nodame dreams of playing with Chiaki herself: Ravel’s “Concerto in G Minor”.