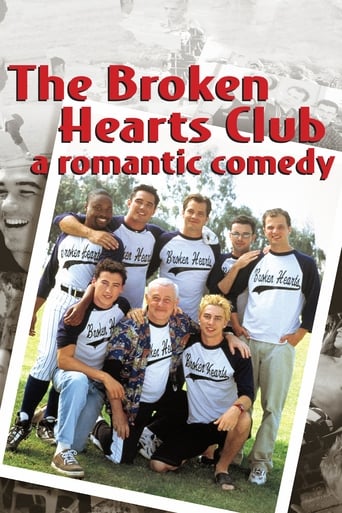 The Broken Hearts Club: A Romantic Comedy is a film released on 2000 and directed by Greg Berlanti, with the duration of 96 minutes in languages English with a budget of $1,000,000 and with an IMDB score of 6.6 and with the actors Andrew Keegan Mary McCormack Ben Weber . A close-knit group of gay friends share the emotional roller coster of life, relationships, the death of friends, new beginnings, jealousy, fatherhood and professional success. At various stages of life's disarray, these young men share humorous and tragic relationships and always have each other to rely on.