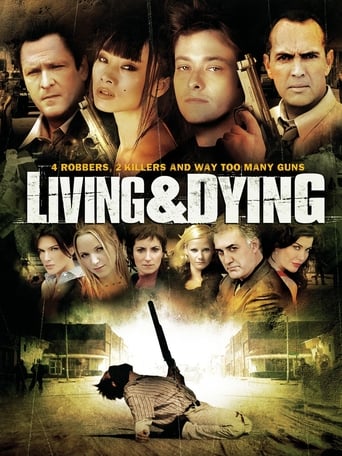 Living & Dying is a film released on 2007 and directed by Jon Keeyes, with the duration of 90 minutes in languages English with a budget of and with an IMDB score of 4.1 and with the actors Michael Madsen Edward Furlong Bai Ling . Four desperate bank robbers are forced to abandon their lucrative heist plans and become the reluctant heroes when two of their hostages turn out to be psychotic killers who won't stop until everyone in the bank has been ruthlessly slaughtered. As the police surround the building and the killers begin methodically executing the hostages.