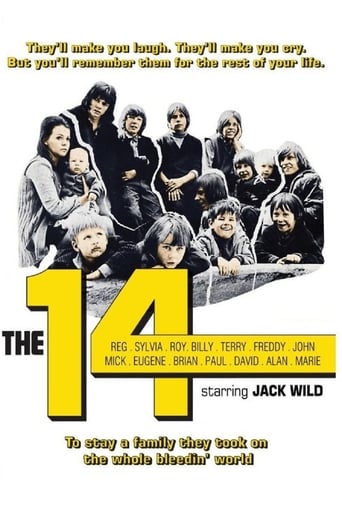 The 14 is a film released on 1973 and directed by David Hemmings, with the duration of 105 minutes in languages English with a budget of and with an IMDB score of 6.8 and with the actors Jack Wild June Brown Cheryl Hall . Set in London’s East End, The 14 (aka The Wild Little Bunch aka Existence) is based on the true story of fourteen children who struggle against overwhelming pressures to stay together after the death of their single mother.