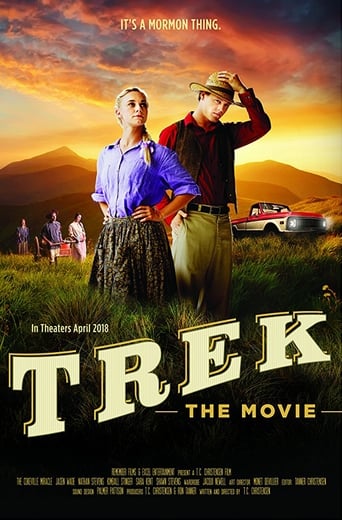 Trek: The Movie is a film released on 2018 and directed by Alan Peterson, with the duration of 102 minutes in languages English with a budget of and with an IMDB score of 2.0 and with the actors Austin R. Grant Stefania Barr Joel Bishop . Trek follows a young Mormon teenager named Tom and his friends on their handcart journey. Along the way they try to smuggle in unsanctioned food, battle sibling rivalry, encounter a "special ops" Young Men's leader, match wits with a twinkie-loving skunk, and ponder doctrinal brain teasers like, "Do general Authorities go to PG-13 movies?" But, when they encounter unexpected trouble, their faith is tested much like their pioneer ancestors.