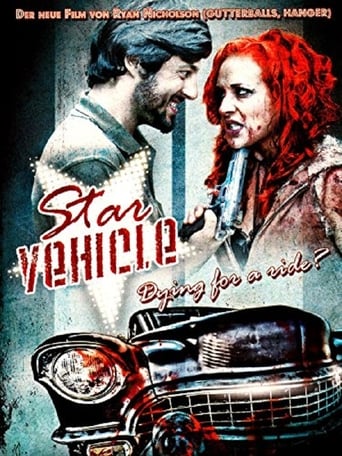 Star Vehicle is a film released on 2010 and directed by Ryan Nicholson, with the duration of 75 minutes in languages English with a budget of $150,000 and with an IMDB score of 5.4 and with the actors Sindy Faraguna Nathan Durec Nick Windebank . "Star Vehicle" follows the downward spiral of movie driver Donald Cardini, a self-professed movie buff with a penchant for explosive violence when provoked. Driving the stars of low-budget movies, along with their fragile egos, to and from locations in the middle of nowhere, pushes Don's buttons in all of the wrong directions. When Luke, the young and self-absorbed writer/director challenges Don's authority, murder and mayhem ensues.