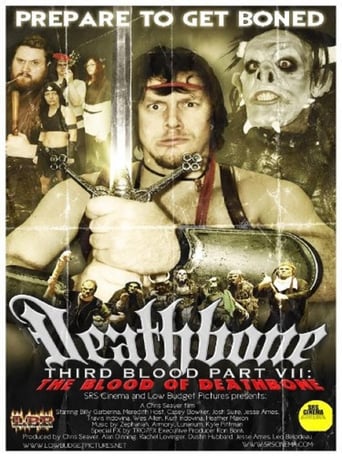 Deathbone, Third Blood Part VII: The Blood of Deathbone is a film released on 2011 and directed by Chris Seaver, with the duration of 89 minutes in languages en with a budget of and with an IMDB score of 0.0 and with the actors . When an elvin village is taken over by the goblin warlord Vondruke, and one of their kinswoman Marge is taken captive, a young elf girl named Heatherial must seek out the one they call Deathbone and ask for his help to vanquish the evil. Filled to the brim with witty and over the top dialogue and comedy.