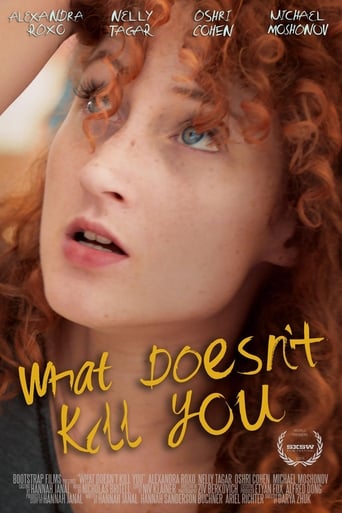 What Doesn't Kill You is a film released on 2015 and directed by Darya Zhuk, with the duration of 17 minutes in languages English with a budget of and with an IMDB score of 7.0 and with the actors Oshri Cohen Dana Ivgy Michael Moshonov . After a rare diagnosis, Lily's attempts to flee from war torn Israel are thwarted when the airport shuts down and her zany cousin forces her to party.