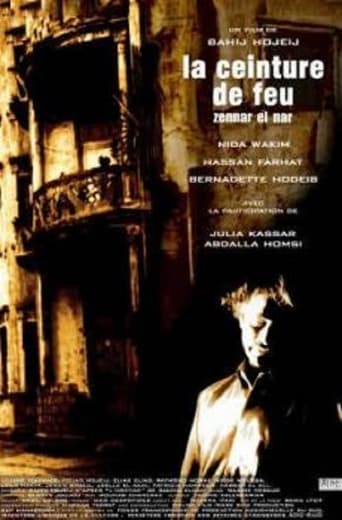 Ring of fire is a film released on 2004 and directed by Bahij Hojeij, with the duration of 90 minutes in languages العربية | Français with a budget of and with an IMDB score of 0.0 and with the actors Julia Kassar Nida wakim Bernadette Hodeib . Ring of fire keeps a sense of menace to the end, the atmosphere is tense. There is no safe haven, and Beirut of yesterday becomes a chilling image of our world at war today .