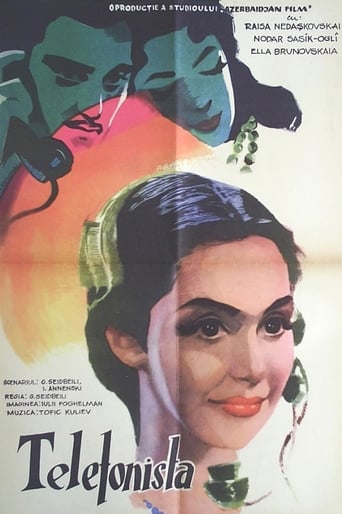 The Telephone Operator is a film released on 1962 and directed by Hasan Seyidbeyli, with the duration of 75 minutes in languages Azərbaycan | Pусский with a budget of and with an IMDB score of 0.0 and with the actors Hasanagha Turabov Gündüz Abbasov Aliagha Aghayev . The film is about young girl and her first love.