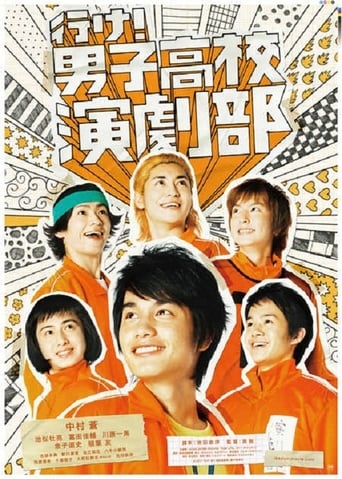 Go! Boys' School Drama Club is a film released on 2011 and directed by Tsutomu Hanabusa, with the duration of 86 minutes in languages 日本語 with a budget of and with an IMDB score of 0.0 and with the actors Yu Inaba Rika Adachi Shin'ya Ohwada . Genki Ogasawara enrolls in an all boys high school. He then sets out to become popular with girls and looks for a club to join at school. Genki then comes across a performance of "Romeo and Juliet" performed by the school's drama club. Genki falls for the lead playing Juliet and decides to join the drama club. Genki isn't aware that the drama club is about to be shut down and that the person playing Juliet is actually a senior male student in drag.