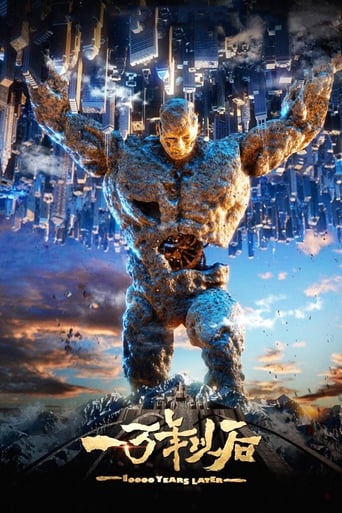 10000 Years Later is a film released on 2015 and directed by Li Yi, with the duration of 96 minutes in languages 普通话 with a budget of and with an IMDB score of 3.8 and with the actors Chong Wang Yalayam Joma . Hundreds of thousands of years after the collapse of civilization, the world is a post-tech wasteland, and is inhabited by humanoid tribes. The Peace held between them is threatened by the return of Wushen, an evil shape-shifting ghost of modern technology. Wushen threatens to enslave the world population. Zhuma, a ten-year-old girl is the heroine of the story, accompanied by Zhanggong, her lion-like Tibetan Mastiff dog. Chosen, and helped by a ethereal goddess she must assemble a band of allies from the surviving tribes to fight Wushen, and stop him from gaining control over an ancient power.