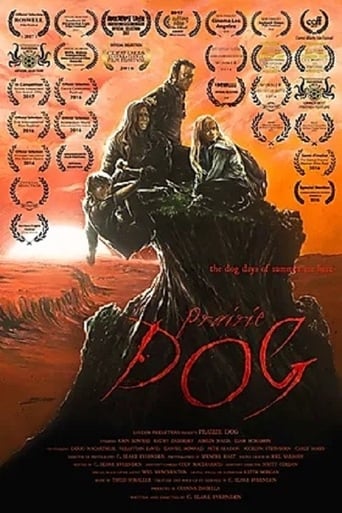 Prairie Dog is a film released on 2015 and directed by C. Blake Evernden, with the duration of 94 minutes in languages en with a budget of and with an IMDB score of 5.0 and with the actors John W. Bowers Carly James Douglas Mcarthur . A lone sheriff and a visiting environmental consultant race to solve the mystery that haunts the valleys of Brada County.