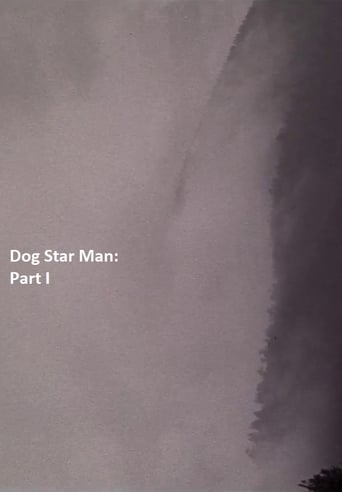 Dog Star Man: Part I is a film released on 1963 and directed by Stan Brakhage, with the duration of 30 minutes in languages No Language with a budget of and with an IMDB score of 6.4 and with the actors Stan Brakhage Jane Brakhage . From a murky landscape, a wooded mountain emerges. We watch the sun. We see a bearded man climbing up the mountain through the snow. He carries an ax, and he's accompanied by a dog. His labors continue. There is no soundtrack. Images rush past - water, trees, and surfaces too close up to distinguish. He struggles. A fire burns. Nature, in long shots and magnified, is formidable and silent. It's tough going; he carries on. In a capillary, blood flows.