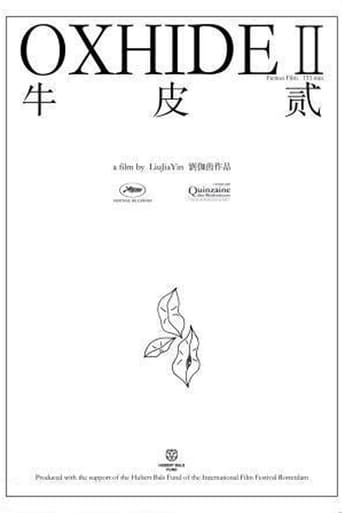 Oxhide II is a film released on 2009 and directed by Liu Jiayin, with the duration of 132 minutes in languages 普通话 with a budget of and with an IMDB score of 7.0 and with the actors Liu Jiayin Jia Huifen Liu Zaiping . The director shows herself and her parents making dumplings in their apartment with nine fixed camera positions, with which she revolves around the kitchen table.