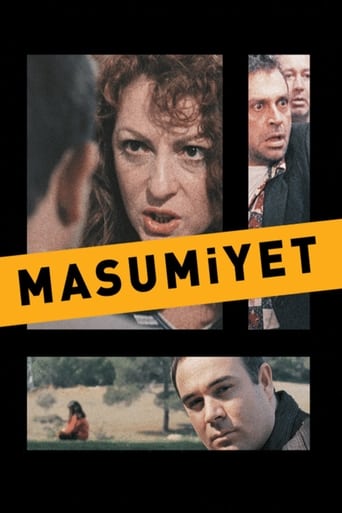 Innocence is a film released on 1997 and directed by Zeki Demirkubuz, with the duration of 110 minutes in languages Türkçe with a budget of and with an IMDB score of 7.8 and with the actors Güven Kıraç Haluk Bilginer Derya Alabora . Yusuf is released from prison after serving a ten year sentence. He is scared of life outside as he goes to an address given to him by another prisoner.