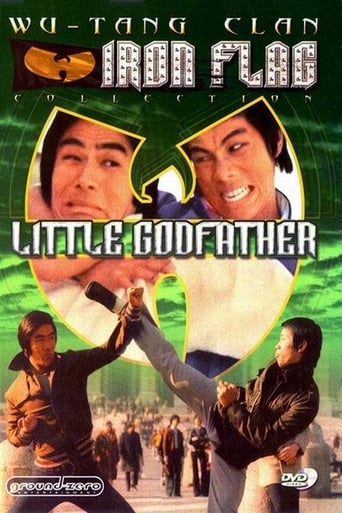 Little Godfather from Hong Kong is a film released on 1974 and directed by Ng See-Yuen, with the duration of 87 minutes in languages 普通话 with a budget of and with an IMDB score of 7.0 and with the actors Gordon Mitchell Yasuaki Kurata Shirley Corrigan . Bruce Liang plays a Chinese Kung Fu movie star, who during his free time carries on a one-man crusade against drug dealers. The villains trick Liang into signing up to appear in a new martial arts movie. The plan is to kill Our Hero while the cameras are running, and make it look like an accident.