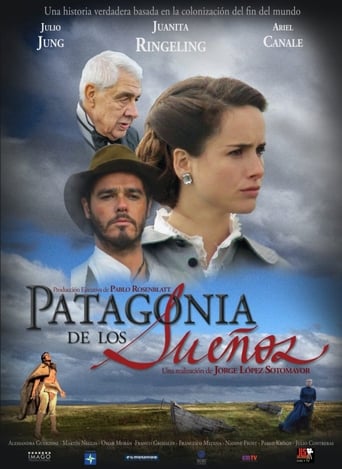 Patagonia de los sueños is a film released on 2014 and directed by Jorge López, with the duration of 104 minutes in languages Español with a budget of and with an IMDB score of 0.0 and with the actors Julio Jung Juanita Ringeling Alessandra Guerzoni . Based on the real story of a French family, during 1878, this film is an adaptation based on the diary written by their daughter Chantal, on their ordeal as the first European colonizers who came to the wild lands of Patagonia, to enact their dreams and conflicts, through adventures and intense emotions.