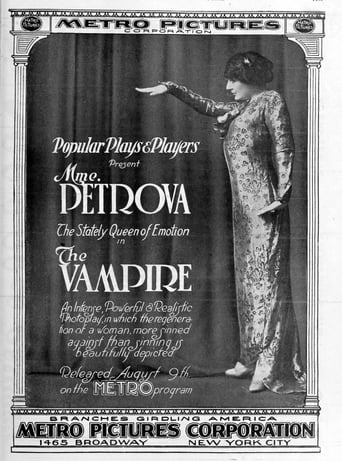 The Vampire is a film released on 1915 and directed by Alice Guy-Blaché, with the duration of 55 minutes in languages No Language with a budget of and with an IMDB score of 0.0 and with the actors Olga Petrova Vernon Steele Mary Martin . The Vampire is a surviving 1915 silent film drama directed by Alice Guy and starring Olga Petrova. It is one of Petrova's and Guy's few surviving silent films.