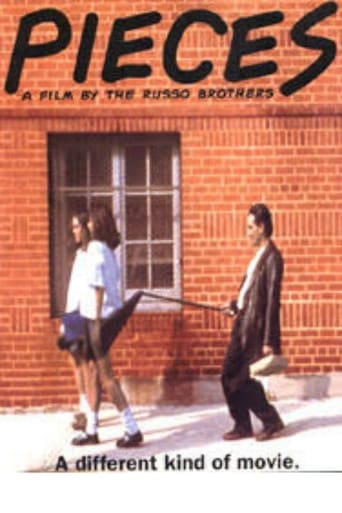 Pieces is a film released on 1997 and directed by Joe Russo, Anthony Russo, with the duration of 72 minutes in languages en with a budget of and with an IMDB score of 0.0 and with the actors Joe Russo Jonathan Rea Steve Shindle . Cops and crooks hound three brothers operating a wig clinic as a front for illegal activity.