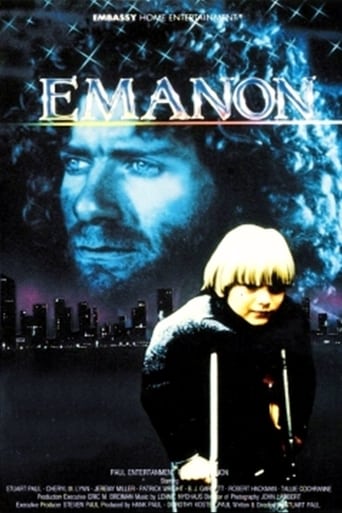 Emanon is a film released on 1987 and directed by Stuart Paul, with the duration of 98 minutes in languages English with a budget of and with an IMDB score of 0.0 and with the actors Patrick Wright Jeremy Miller Stuart Paul . A crippled child watches the world go by from the window of his limo. He befriends a homeless man, whom he believes to be Christ.