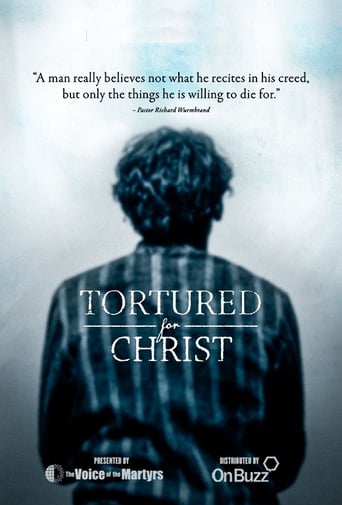 Tortured for Christ is a film released on 2018 and directed by John Grooters, with the duration of 77 minutes in languages English with a budget of and with an IMDB score of 10.0 and with the actors Emil Mandanac Raluca Botez Eduard Adam . The Voice of the Martyrs presents the inspiring new movie Tortured for Christ, a cinematic retelling of the testimony of VOM founder Pastor Richard Wurmbrand as written in his international bestseller Tortured for Christ. This movie was produced to honor the 50th anniversary of the book’s 1967 release. Filmed entirely in Romania, including in the very prison where Pastor Wurmbrand endured torture and solitary confinement, this powerful film uniquely presents the story with live action rather than interviews. The dialogue is presented in English, Romanian and Russian (with English subtitles) to hold to the authenticity of this true story.