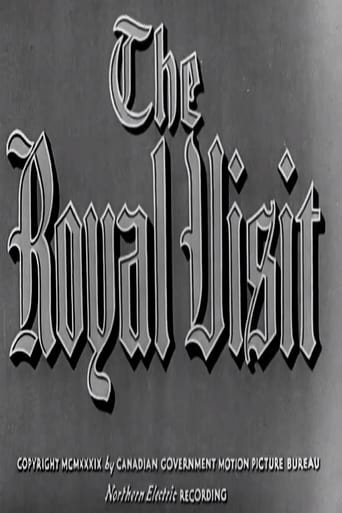 The Royal Visit is a film released on 1939 and directed by Frank Badgley, with the duration of 87 minutes in languages English with a budget of and with an IMDB score of 0.0 and with the actors King George VI Queen Elizabeth the Queen Mother The Queen Mother Elizabeth . This feature documentary offers a complete record of the 1939 Royal Tour of Canada by King George VI and Queen Elizabeth. The film opens as the royal couple makes a stop in Québec city, where Premier Duplessis greets them. They then visit Montréal and meet mayor Camilien Houde. A visit to Ottawa brings them to Parliament, where Prime Minister MacKenzie King is present. The visit continues throughout Ontario, the prairies, and western Canada. The Royal couple also makes a brief stop in Washington and meets President Franklin Roosevelt. They then stop in on the Maritime provinces before boarding a Royal yacht for the journey back to England.