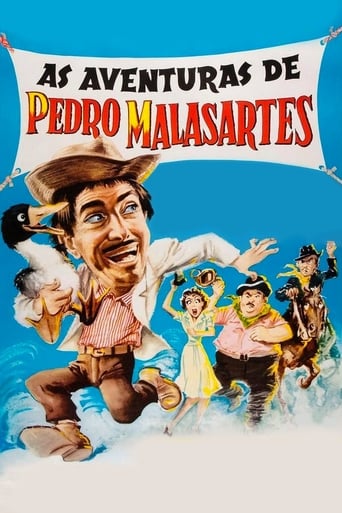 As Aventuras de Pedro Malasartes is a film released on 1960 and directed by Amacio Mazzaropi, with the duration of 90 minutes in languages Português with a budget of and with an IMDB score of 5.9 and with the actors Amacio Mazzaropi Geny Prado Genésio Arruda . It is the story of Pedro, who after being passed over by his brothers, wanders the world in search of a better life, but on the way, finds children who eventually conquer it, and in order to help them, he passes scamming other people he met along the way, telling lies, however, always with the goal of helping him new friends. And kills a cow.